THE MATSURI SESSION, a two-band show with ZAZEN BOYS and NUMBER GIRL held on May 4, 2021 at the Hibiya Open-Air Concert Hall, will be released on DVD and Blu-ray on December 15, 2021. This release will not only include the full performances of both acts, but also behind-the-scenes footage and interviews, along with a deluxe book of photographs from the concert. 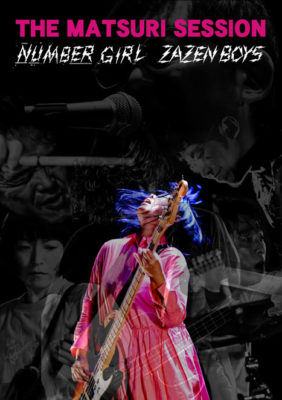